FNI is an all inclusive space for everyone in and aspiring to join the film, television, audio and animation industry on the Island of Ireland. Comprising of an on and offline social networking platform, educational development initiatives, mentorship and linked to our industry podcast FNI Wrapchat. FNI is your community organistion.

Make a name for yourself. 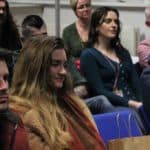 Where we’ve come from.

Film Network Ireland (FNI) was established in 2010 by Ray Mongey and Paul Butler Lennox. Initially as a small social networking platform to help source Filmmaking crew and to highlight the independent film and television sector working in Ireland. Taking the form of a Facebook group. Next year will be our 10th year of operating.

The remit at first was very simple. To create a safe space of encouragement and self promotional tool for Filmmakers, actors and creatives working in film and tv to promote and advertise their skillset in a transparent respectful and productive environment. To help source Filmmaking crew and passionate people who are ambitious to make a name for themselves.

The group grew incredibly fast initially from a handful of professional colleagues to a thousand people in a short space of time. This with the knowledge that anyone wishing to join had recognised training in their discipline or was a working professional that had recognised credits or was actively in University or college studying a related discipline.

Over the last 10 years Fni has grown exponentially in terms of reputation and in the engagement of new audiences and by the numbers of people statistically joining on various platforms and events. It has become an invaluable resource for debate and discussion resulting in the organic growth to one of the largest communities in the country, which has been consistently a platform for people who look for opportunity and professional growth. Those who strive for transparent and long standing working relationships. Our numbers and feedback keeps growing.